Welcome to our second cosplay tutorial series! For our first series, we created an Astrid cosplay from How to Train Your Dragon: The Hidden World. This series will feature Kat from the Gravity Rush video games. As with the Astrid cosplay, we’ll not only show you how to make Kat, but we’ll also use skills that you can replicate in other builds.

Since this is our introduction post, we will not yet share the step-by-step instructions of how to create the Kat cosplay. Instead, we would like to share with you a bit of background about Kat and her Lunar Style outfit.

“Having started out as a lost girl with no memory, Kat quickly embraces a superhero role within the city of Hekseville as a gravity shifter. Her adventures eventually take her to the ends of the world, where she is allowed glimpses of her clouded past.”

As a shifter, Kat can manipulate and create gravity as she wishes. This power is one we find incredibly cool!

Kat is a selfless hero who uses her powers to go on many adventures and fight many foes. Her protector and best friend is a cat and fellow shifter named Dusty. Before Kat lost her memory, she was a queen by the name Alua. Kat rediscovering her past and its ramifications is one of the most unique elements of the Gravity Rush franchise.

While traveling to the Lost City in Gravity Rush 2, Kat gains Lunar Style ability. This new shifting style allows Kat to float and jump further. Kat can also perform a “Wormhole Kick” and teleport, thanks to Lunar Style. Kat’s Lunar style outfit features a black, romper-like base, a scarf, and some truly beautiful blue armor. 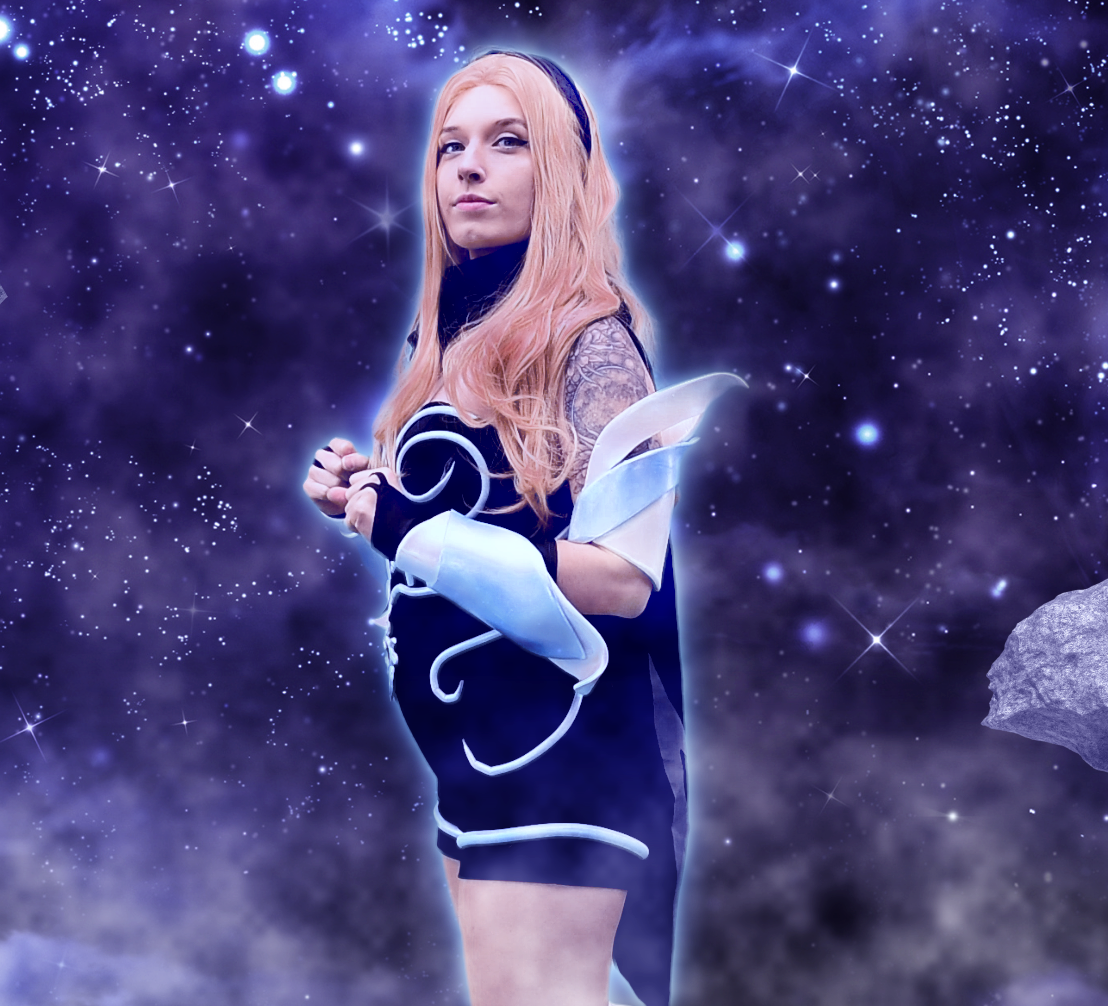 In this cosplay tutorial we will create a Lunar Style Kat cosplay that will have you ready for any con. You will only need a handful of supplies and a bright imagination to make this cosplay dream into a reality. One thing we found exciting about this cosplay was the challenge of making some pieces — such as Kat’s scarf — functional in real life, though they aren’t in the game.

During this tutorial series, we’ll get into how we altered an existing jumpsuit to make Kat’s romper, how we added foam and clay to the fabric using CosBond adhesives, and perhaps most exciting of all, how we added LED lights to Kat’s arm and leg pieces using CosBond Wire Manager. If a Lunar Style Kat cosplay is not for you, you should still check out our series. We will show you tons of great skills (patterning, sealing, painting, and much more) that you can use in your next cosplay!

Ready to get started? Watch the first video of our new series now! Also, you can watch all of our tutorials on our Facebook and Youtube pages.